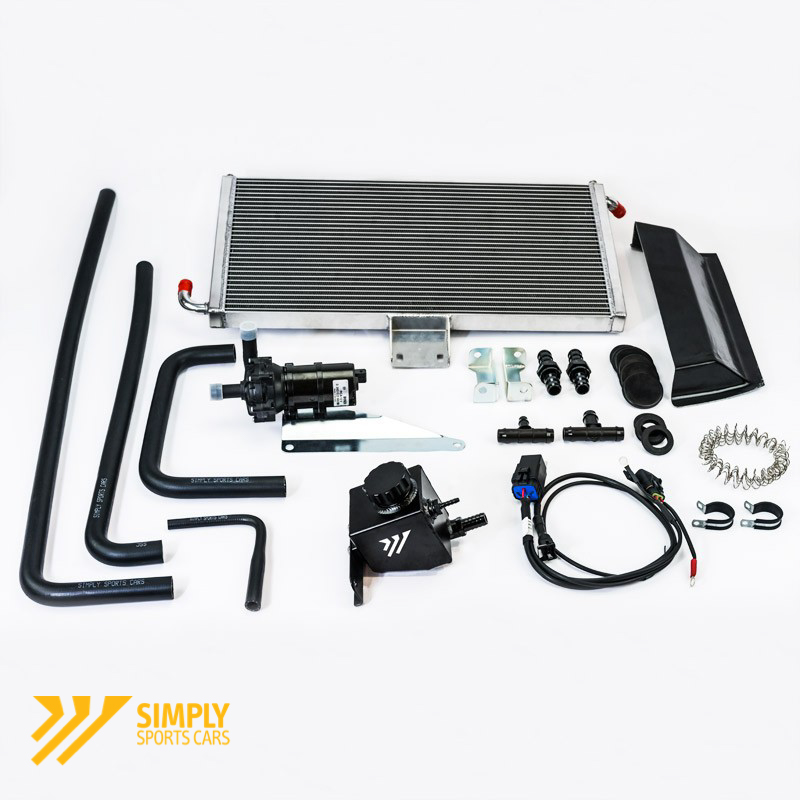 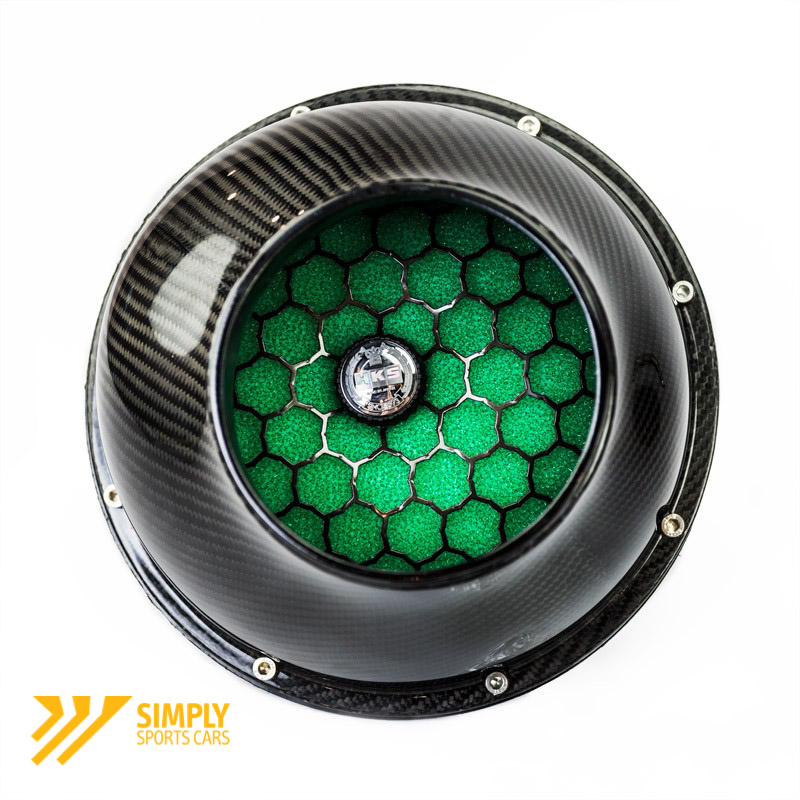 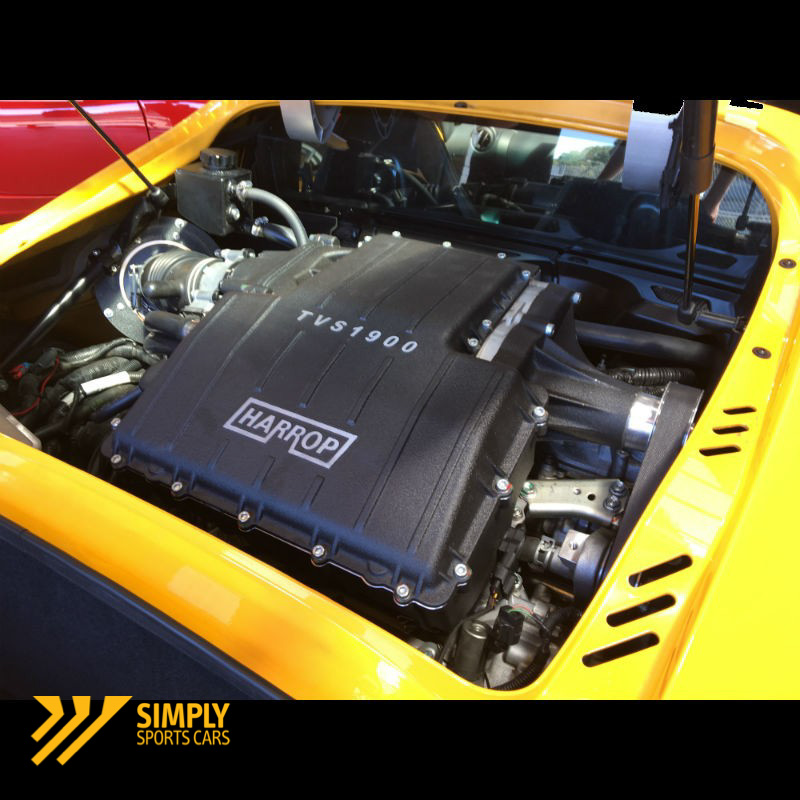 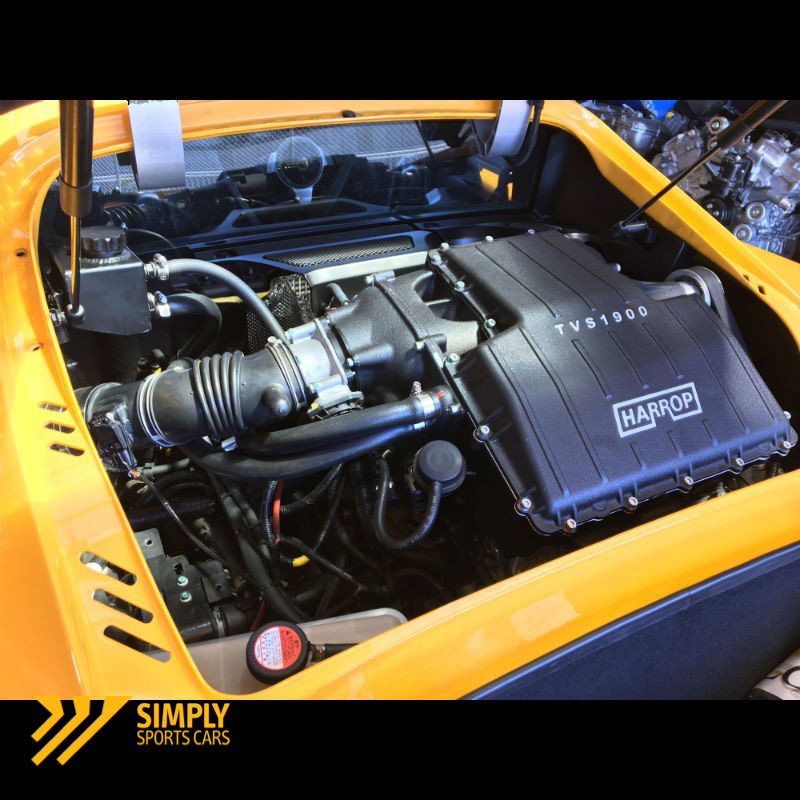 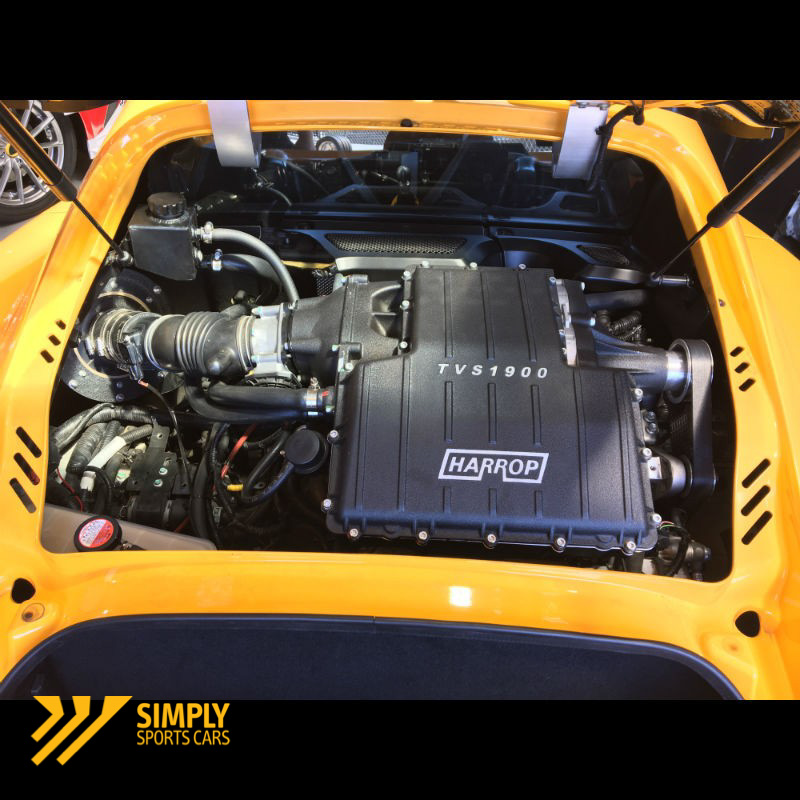 There are a lot of other available variations of this kit depending on your intended application. Use the contact form below to discuss options & get a quote including installation.

The iterations of these supercharger kits have been specifically developed for the;

If you own an Exige S or Sport 350 take a look at the available options here.

The Exige Sport 390, 410, 420 Final Edition and 430 Cup cars come from the Lotus factory already fitted with a charge cooled supercharging system, namely a 1740 cc from Edelbrock.  Although an improvement on the non charge cooled TVS1320 supercharger originally fitted to the Exige S and Sport 350, the OEM system does not provide the same level of performance as the Harrop TVS1900 Intercooled system. SSC adopted the Harrop TVS1900 system early in its development and have developed the complimentary components required to install the TVS1900, including;

There are a lot of other available variations of this kit depending on your intended application.
Use the contact form to discuss options & get a quote including installation.

If you are interested in upgrading the supercharger on the engine of your Evora we have variations of our TVS1900 kit that can be adapted to suit. Contact our team directly using the form on this page to talk through the various options available. We will need to know the series, year model & intended application/s to be able to assist providing the right solution for you.

How much power does this supercharger kit make?

It’s the obvious question we get asked over and over and it’s one for which there really shouldn’t be an answer with a single number. We don’t often publish power numbers or dyno plots from our products because the inconvenient truth of the dyno chart is that it rarely represents a real world environment, where your car spends all of it’s time. In order to communicate the real and functional gains our kits provide, we truly believe that to paint the full picture of it’s performance and technical merits of our design, much more than a line on a graph or a single HP number is required. After all: there are any number of dyno conditions which even OEM manufacturers can combine together in order to provide ideal circumstances to produce an impressive number on paper.

But the harsh reality of any supercharger system is ignored all too easy: they all generate significant heat, and with this heat, the peak power output will inevitably drop. The dyno plot below also shows a consecutive run of our TVS1900 kit showing an increase in intake temperature, and a decrease in power and torque. One of the greatest benefits of replacing the TVS1320 with the TVS1900 on the 2GR engine is that this drop in power is significantly minimised through substantial  efficiency gains, allowing higher intake pressures at lower intake air temperatures. 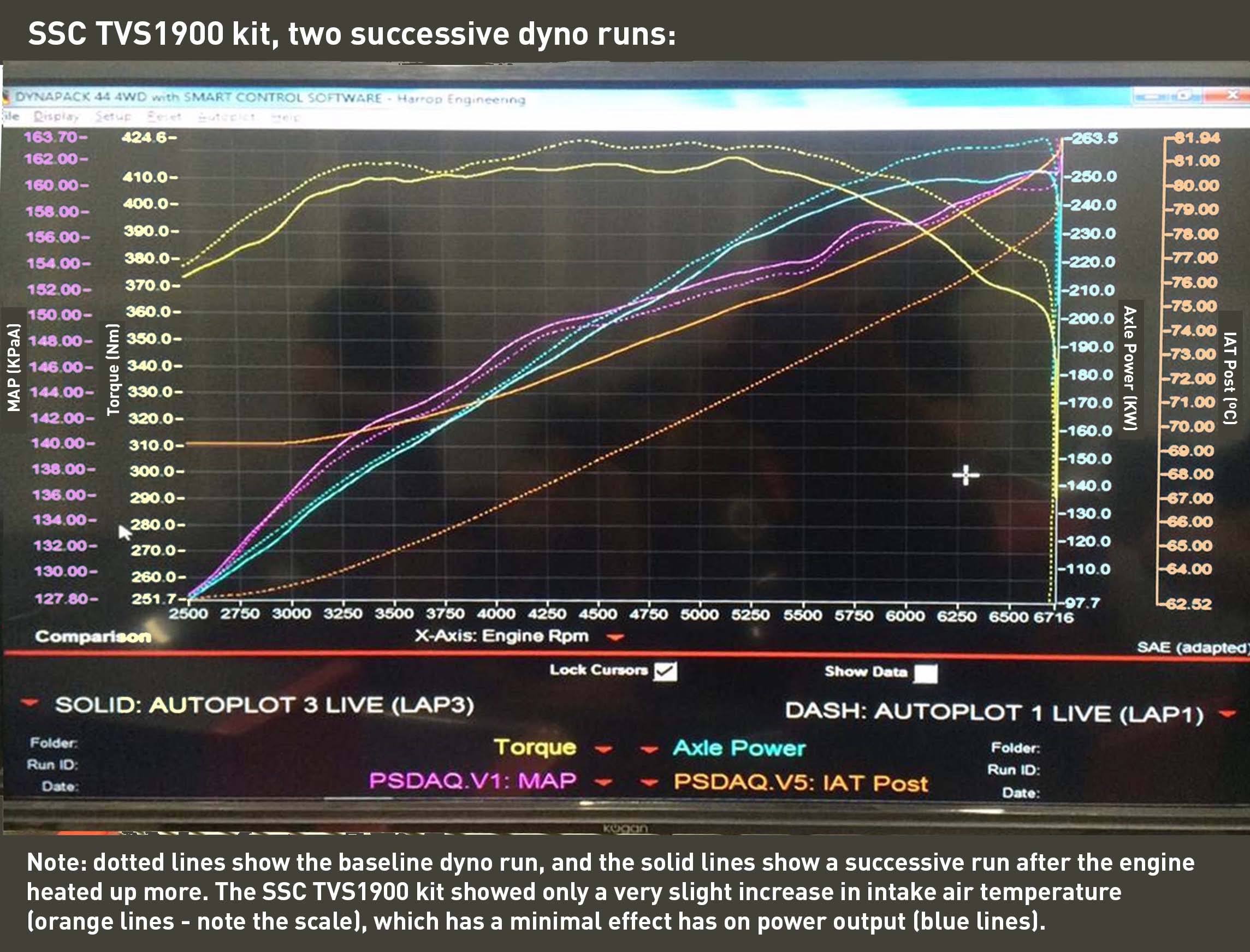 Why not run the OEM TVS1320 with a smaller pulley to increase boost?

As we mentioned above, all superchargers, without exception:

The harder a supercharged engine is pushed, the more heat the supercharger will generate. But all superchargers aren’t created equal. The amount of heat generated is directly related to the thermal efficiency of the compressor and how much work it needs to put in to compress the air. Any increase in operating efficiency of the compressor means less heat is generated as an undesirable by-product. Less heat in the intake air means:

Sounds simple enough, in order to determine if more power and more importantly if reliable long-term power was available out of the TVS1320 we needed to determine if fitting a smaller pulley was a good option for generating more boost, and to do that we need to look at the supercharger efficiency map. The image below shows data we collected using extra sensors mounted on a modified inlet manifold fitted to a factory spec Exige S. We have overlaid a scatter of boost pressure (Pressure ratio) VS. Engine/supercharger RPM which shows that the system is operating at the outer limits of it’s thermal efficiency. So although a slightly smaller pulley may be able to produce some more boost pressure to produce more power, the reality is that this is being done at a low efficiency levels meaning that a lot of heat comes along with it. And hence any extra power that it may generate will be even more short lived than the peak power on offer from a factory spec, unmodified Exige S 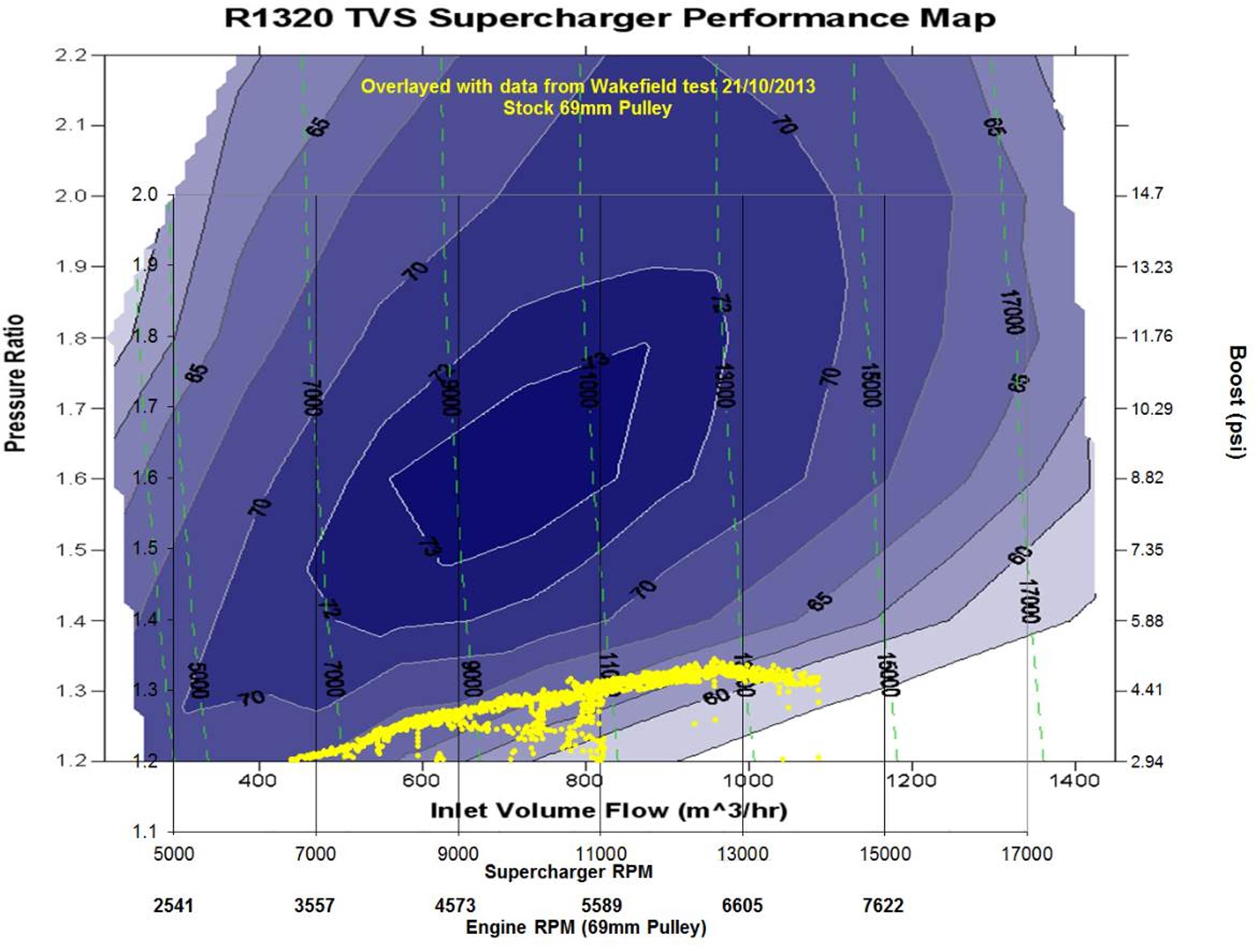 How does that translate to real world usage?

As the supercharger generates heat through its efficiency losses, the supercharger itself, the inlet manifold and engine rise in temperature, until the system is heat soaked. The data below was taken from a track test of an unmodified Exige S V6 to demonstrate what actually happens out on track where the supercharger is working hard in gear after gear. We can observe that the inlet air temperature peaks at a whopping 95.7 degrees Celcius! At these kinds of temperatures the ECU will be adding extra fuel and retarding ignition timing to keep everything operating safely. Without being able to log engine power out on track, it’s impossible to determine exactly what level of power the car is running at but it’s certainly not close to the advertised peak of 345Hp, and it’s definitely noticeable. 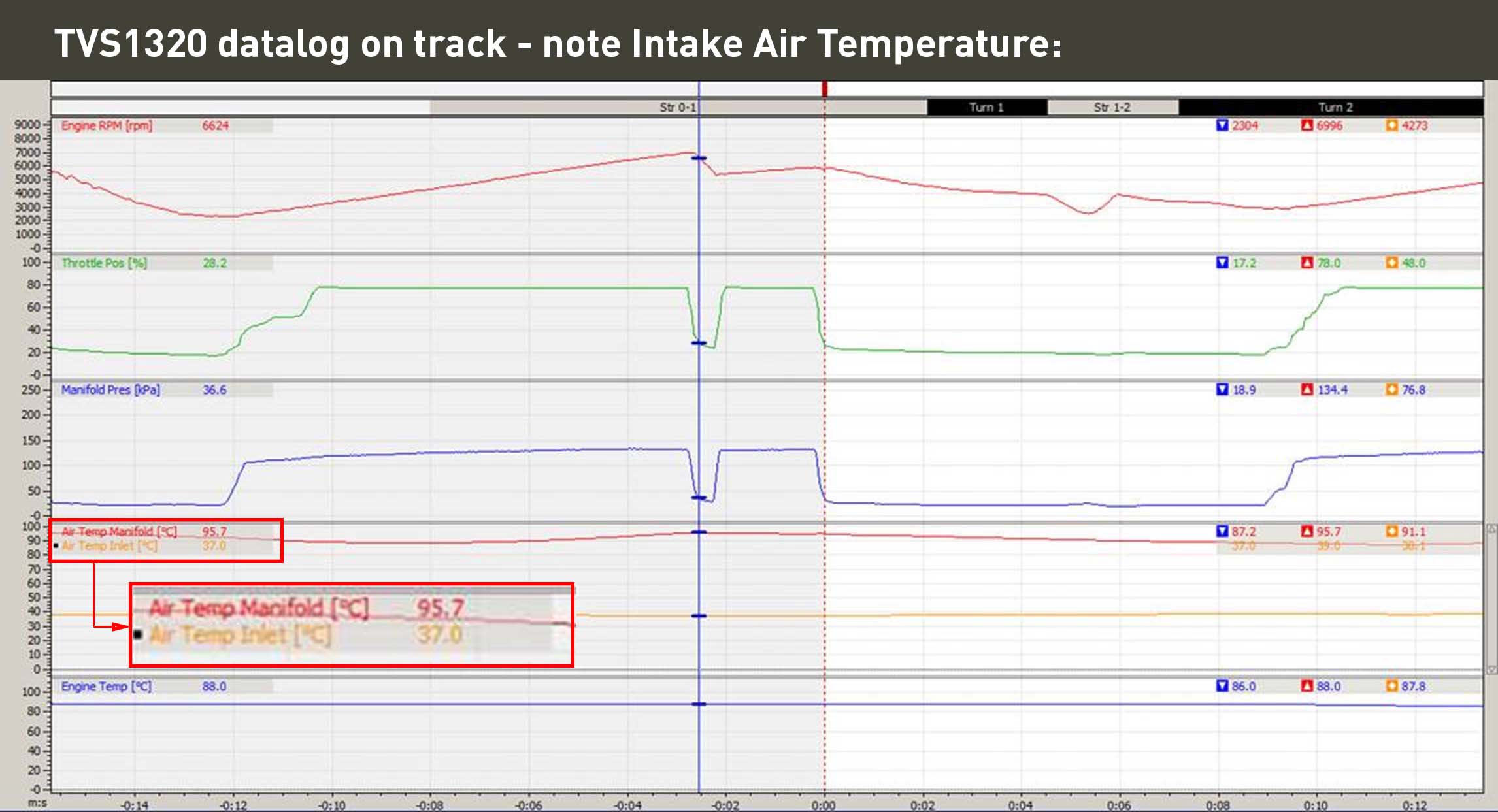 Can a cooler be added?

Cooling the intake air adds even more benefit and adding a cooler to the TVS1900 increases performance even further. We ran the TVS1900 with a cooling system on our Exige Cup R for 2 race seasons. Coupled with the stronger sequential transmission we didn’t explore the upper limits of this set up as the car was built to an endurance specification but suffice to say that with a stronger set of engine internals the performance capable is well above the uncooled TVS1900.

We developed our first TVS 1900 supercharger installation kit for the V6 Exige & Evora more than 5 years ago to give owners huge improvements in power and torque.

Perhaps more significantly, the kit also reduced intake temperatures significantly over the standard TVS 1320, which was already operating at the edges of its efficiency window in the standard car. Cooling the intake air provided even greater benefit, particularly for competition cars in warmer climates. We have successfully run the first evolution of a charge cooled TVS 1900 in our Exige Cup R endurance race car and a number of very high-powered customer cars for the past 4 years, however the 1st generation kit sat the supercharger on top of the cooling system, requiring fitment of the Cup R engine cover and clam mounted rear wing.

In conjunction with Harrop, our long-term partner, we integrated the TVS1900 supercharger with an even larger high density intercooler core which has improved the output of our initial design. An update to our induction kit now also encloses the air filter in a carbon shroud and ducts cool air exclusively from the side air intake giving a further reduction to intake air temperatures.

Significant and consistent power & torque gains over standard on even the hottest day, as shown in the table below

Should you upgrade your supercharger?

At the end of the day you have to do your research and make sure you’re comparing apples with apples when looking at power numbers because anything with forced induction it comes back to managing heat. This is why we believe dyno charts can be misleading and that’s the reason why we don’t like using them. They rarely give the whole story on what temperatures are doing or how the system behaves over time as things get hot. At Simply Sports Cars we endeavour to be as transparent as possible in this regard and design our kits to work in the conditions they will be used in – which is obviously not a dyno environment.

Where can you & install a supercharging kit to your Exige?